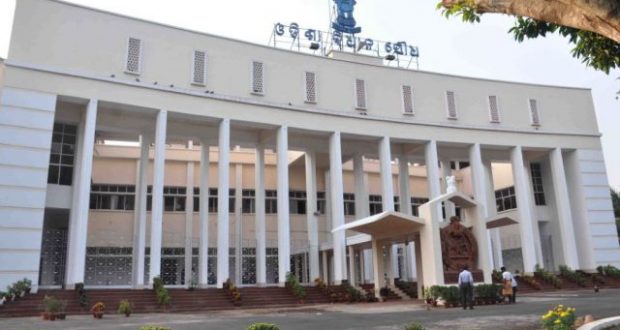 in State News April 16, 2018 Comments Off on Congress members created uproarious scenes in Odisha Assembly over the incident of rape of a minor girl in Nilagiri 594 Views

Bhubaneswar16/4/18:: Opposition Congress members today created uproarious scenes in Odisha Assembly over the incident ofm rape of a minor girl in Nilagiri area, leading to adjournments in the House.

As the House assembled for the day, several Congress MLAs rushed to the well of the House and created din demanding cancellation of Question Hour and discussion over the matter.

Amid pandemonium, Speaker Pradip Kumar Amat adjourned the House initially till 11.30 am and later till 3 pm as noisy scenes prevailed after the House reassembled with Congress members creating ruckus demanding statement of Chief Minister Naveen Patnaik over the incident.

“Two minor girls have been raped in Nilagiri and Soro. The Chief Minister and the State Government are acting as mute spectators. I had today requested the Speaker to cancel the Question Hour and hold discussion in this regard as it is a sensitive matter. The Speaker neither paid heed to my request nor took any decision over it. He has the power to turn down our proposal but paying no attention towards it is anti-constitutional and anti-democratic,” said Leader of Opposition Narasingha Mishra outside the House.

“We all are deeply saddened by the Nilagiri incident. The Naveen Patnaik-government never spares the culprits. Strong action will be taken in the case soon. But, the way the Opposition members tried to cancel the Question Hour was not fair. They could have raised the issue at an appropriate forum,” said BJD MLA Samir Das outside the House.

2018-04-16
Editor in chief
Previous: Ambulance service has been launched for stray dogs in Bhubaneswar
Next: Normal life was hit at Daringbadi in Kandhamal district following a 12-hour bandh