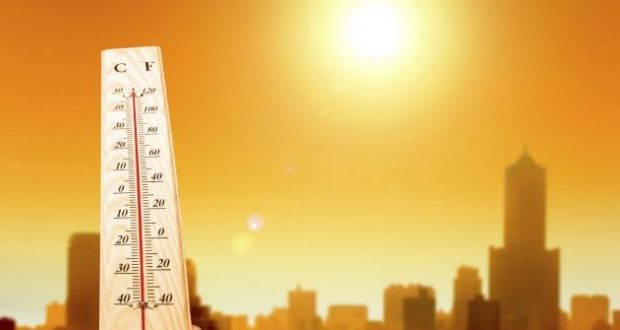 Bhubaneswar on Monday recorded the highest temperature in the state

in Smartcity Bhubaneswar April 16, 2018 Comments Off on Bhubaneswar on Monday recorded the highest temperature in the state 975 Views

Hirakud, Talcher and Jharsugada recorded maximum temperature of 40.6 degree Celsius each while Chandbali, Angul and Malkangiri sizzled at 40.4, 40.3 and 40.2 degree Celsius respectively.

Cuttack and Sambalpur sizzled at 40 and 38.5 deg C respectively.

Meanwhile, IMD sounded lightning and thunderstorm warning for as many as three districts.

The thunderstorm with lightning likely to occur in Puri, Gajapati and Ganjam till 7.45 pm today, the bulletin said.