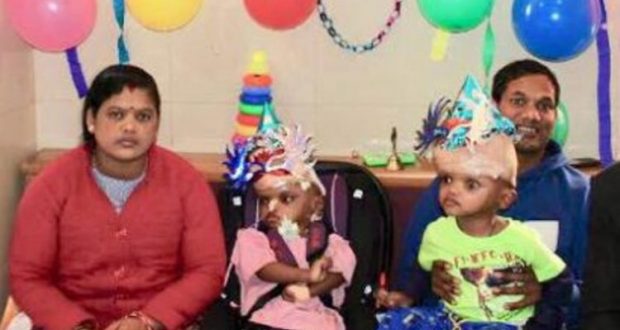 New Delhi  9/4/18;The separated conjoined twins Jaga and Kalia will celebrate their first birthday at AIIMS-Delhi after surgery today.

However, according to sources the birth day will be celebrated in a simple manner not disturbing others in the hospital premises.

Earlier, the AIIMS authorities had made arrangements for celebration of Christmas and New Year for the twins after successful surgery of the twins.

The health condition of the newly separated conjoined is stated to be improving.

As per the hospital authorities, there has been considerable improvement in the health condition of the twins, who were born on April 9, 2015 at Milipada village in Kandhamal district.