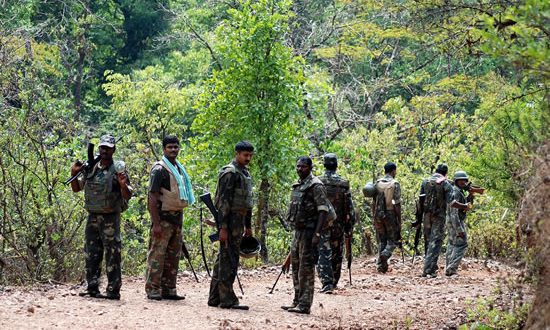 Sundargarh:8/4/18: Huge cache of explosives and Maoist articles were seized following a heavy exchange of fire between police and the red rebels after security forces raided the Maoist camp located in Lunga forest under Mahulapada police limits in the district on Saturday.

According to reports, a joint team of Mahulapada police and District Voluntary Force (DVF) raided the camp at around 11 pm following which a heavy exchange of fire took place from both the sides. The gunfight that lasted for nearly five hours and ended at around 4 am, left several Maoist cadres injured who managed to escape from the camp.

Several Maoist articles including kit bags, explosives, rifles and live bullets were seized from the camp following the encounter.

Acting on a tip-off, security personnel had launched a search operation in the nearby areas of the Lunga forest to bust the Maoist hideout.

2018-04-08
Editor in chief
Previous: Odisha Chief Minister wrote to Union Minister seeking his personal intervention to AICTE for restoring Extension of Approval for Government Polytechnics
Next: Odisha Government has decided to provide smartphones to women farmers