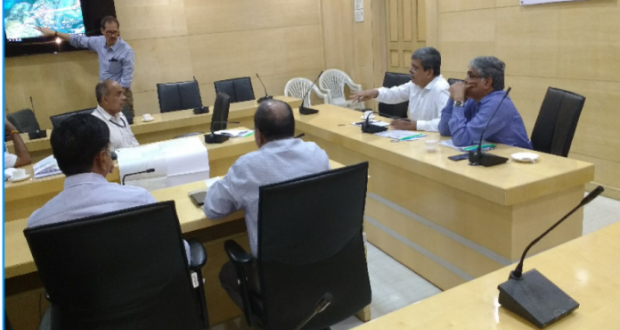 in National April 7, 2018 Comments Off on National Highway Authority of India to construct around 450 kms of coastal highway along the coastline in Odisha 837 Views

Bhubaneswar:7/4/18; With the proposal of the National Highway Authority of India (NHAI) to construct around 450 kms of coastal highway along the coastline in Odisha, the draft alignment of the road was discussed in a high level meeting presided over by the chief secretary Aditya Prasad Padhi at the State Secretariat here on Saturday.

Considering the draft proposal presented by the NHAI member Anand Kumar Singh, Padhi advised the NHAI to preserve the coastal character of the proposed coastal highway. He also directed that the tourism, commercial port and public benefit prospects also be kept in view while finalizing the alignment of the coastal highway.

This apart, the chief secretary directed that the highways under renovation and expansion should be kept in motorable condition from safety points of view while laying emphasis on road safety as top priority while constructing the roads. The safety requirements as suggested by district authorities be catered to immediately to which the NHAI member assured that the suggestions given by district collectors would be complied within a month.

2018-04-07
Editor in chief
Previous: For the first time Elina Samantaray and Sabyasachi Mishra will be seen romancing
Next: Prime Minister of Nepal Calls on the President