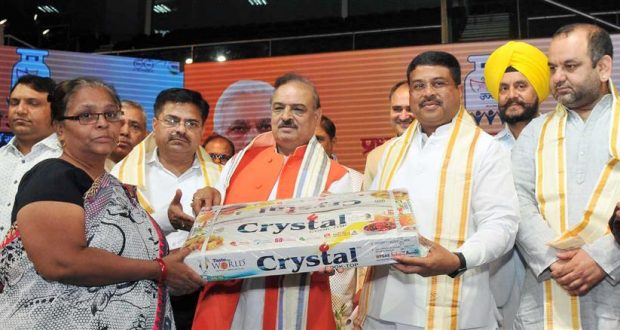 in National April 7, 2018 Comments Off on Inauguration of PM Ujwala Yojana In Delhi 709 Views

Mr. Pradhan told that it is the objective of the central government to give gas connections to 5 crore families by 2019. He lauded the efforts of Delhi MLA Omprakash Sharma and MP Mahesh Giri and others, in propagation of the above mentioned scheme. The programme began with singing of vandeMataram by a visually impaired girl Aljina Qureshi. Higher officials of Indian Oil Corporation, Bharat Petroleum and others were also present on the occasion.

2018-04-07
Editor in chief
Previous: Prime Minister of Nepal Calls on the President
Next: The mantra of 3R – Reduce, Reuse and Recycle – Is at the heart of any vision towards the sustainable development of mankind