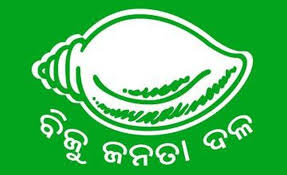 in District Diary April 5, 2018 Comments Off on Biju Janata Dal registered a thumping victory in elections to the Hindol Notified Area Council 560 Views

Dhenkanal/Bargarh:5/4/18;Ruling Biju Janata Dal (BJD) registered a thumping victory in elections to the Hindol Notified Area Council (NAC) in Dhenkanal district and Attabira NAC in Bargarh district, the results of which were declared today.

The elections were conducted on Tuesday.

While the ruling party made a clean sweep in Attabira NAC by winning in all the 12 wards, it pocketed 13 wards of the 16 wards in Hindol NAC. However, the BJP won in one ward and the remaining two were pocketed by independent candidates.

2018-04-05
Editor in chief
Previous: Voting for elections to the Hindol Notified Area Council (NAC) was held
Next: First ever Acupressure Walkways has become a major attraction for the morning walkers at Biju Patnaik Park