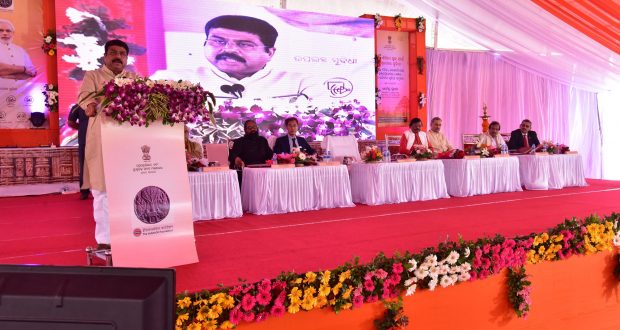 “The facilitation centre and the interpretation centre would be extremely beneficial for the photographers, tourist guides and small traders who earn through tourism,” said Pradhan while addressing a gathering on the occasion.

The world heritage needs to be preserved, decorated and beautified for which collective responsibility is needed. I appeal the Odisha Government to come forward in this direction and assure it of all possible assistance from the Centre for the betterment of Konark Sun Temple, the Union Minister said.

The Konark Sun Temple is Odisha’s pride and it is important that the world is made aware of this architectural marvel, for which the Interpretation Centre is a step in that direction, he said.

He also complemented Shri Raghunath Mahapatra for recreating the sculptural wealth of Konark sun Temple at the Iinterpretation Centre for the benefit of both national & International visitors. He further said that the modern amenities that have been developed at the temple complex would attract more tourists in future.

The Indian Oil Foundation has developed both the centres at a cost of Rs. 45 crore to attract more tourist footfalls to the Unesco World Heritage Site with world class facilities.

The Tourist Facilitation Centre has been equipped with separate parking bays for buses, cars and two wheelers along with driver’s facility block, cafeteria, toilets and drinking water facility.