Top Headlines
Home » State News » Ortel board to be restructured, Jagi Mangat Panda to take over as chairperson 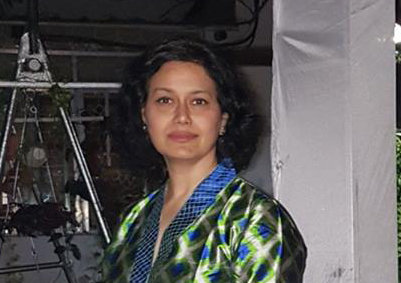 Ortel board to be restructured, Jagi Mangat Panda to take over as chairperson

in State News March 31, 2018 Comments Off on Ortel board to be restructured, Jagi Mangat Panda to take over as chairperson 1,079 Views

Bhubaneswar:31/3/18; Ortel Communications has decided to restructure the board of directors.

As per the proposal approved by the board of directors of the company, Ortel president, and CEO Bibhu Prasad Rath will be appointed as a whole time director after obtaining necessary approvals.

After Rath’s appointment, Jagi Mangat Panda will relinquish the position of managing director (MD) and will be appointed as the chairman of the board in place of Baijayant Panda, who served as the non-executive chairman earlier.

Baijayant has resigned from the board of director of the company with effect from 29 March.

Further, the board has accepted the resignation of Subhrakant Panda and Rabi Narayan Misra effective 29 March.

Once these changes come into effect, the number of directors on the board will become seven instead of nine at present.

Consequent to these changes the composition of the following committees of the Board have been changed: Nomination and Remuneration Committee, Finance Committee, Corporate Social Responsibility Committee, and Risk Management Committee.

The board has also formed a Share Allotment Committee for the purpose of issue and allotment of shares and issue of share certificates to the shareholders.

As reported by TelevisionPost.com earlier, the board of directors of Ortel had approved the issue of equity shares to promoter/promoter group entities not exceeding Rs 8.75 crore.

The company has proposed to issue 25 lakh equity shares at an issue price of Rs 35 per share to the promoters on preferential basis for an aggregate amount of Rs 8.75 crore.

Further, the board had also approved the issue of 9% cumulative, non-convertible, redeemable preference shares for an amount not exceeding Rs 10 crore by way of private placement for a period of five years.

It had also approved the acceptance of fresh inter-corporate loan of Rs 8 crore at 9% per annum for a period of five years.

The board has also convened an Extra Ordinary General meeting of the company on 9 April to approve the issue of equity shares and redeemable preference shares.

The company has incorporated a wholly-owned subsidiary in the name of Ortel Broadband on 28 February. The authorised capital is Rs 10 lakh while the paid up capital is Rs 1 lakh.

2018-03-31
Editor in chief
Previous: More than 1 lakh students of more than 1200 colleges are participating in this world’s biggest event of its kind
Next: During Ama Gaon AmaBikash session Chief Minister sanctioned 23 projects worth ₹1.15 crore