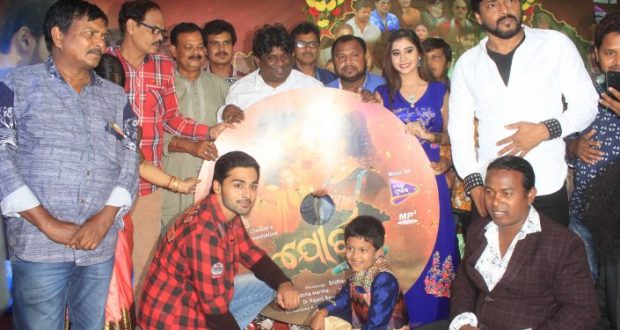 Bhubaneswar:31/3/18; The audio release ceremony of upcoming Ollywood movie ‘Jogi’ was organised at the Orissa Association For The Blind, Unit 3, here on Friday.This film has six song penned bySirsananda Daskanungo,Rajani Nayak,Subha Das and Sujata jena and Sourin Bhatt,Asima Panda,Human sagar,Pumy,Satyjit,Md Tarik and Sanju has lent their voice.In the  audio release ceremony all    the  cast and crew of the film was present

Produced by Sridhara Martha and directed by Niranjan Behera, the movie is the second venture of Range Royal Cine Lab.The movie stars Aryan, Nikita in the lead roles with Bijay Mohanty, Manoj Mishra, Hara Rath, Smita Mohanty and others in the supporting roles.