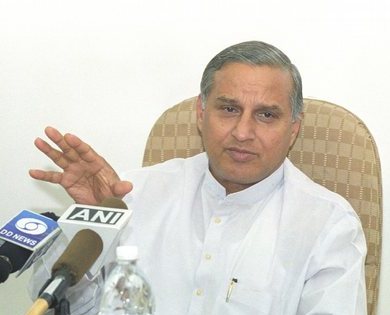 Berhampur: 30/3/18;The beleaguered congress has suffered yet another setback with a senior leader and former union minister Chandra Sekhar Sahu resigning from the party.

Sahu’s resignation lends credence to disintegration process of the party. With many including senior leaders are reported to be queuing up to quit the party, bleak scenario stared at the grand old party.

Time is apparently running out for the beleaguered congress in Odisha to set its fragile house in order in the run up to the 2019 general election.

The grand old party which stood rock solid as a viable opposition to 18-year-old ruling BJD seems to have been relegated to the rear with infighting, inflated ego tussle of its leaders and gross absence of intra-party discipline towing it to crumbling edifice.

The downslide of the party has become a hot topic of debate with political analysts believing that party has reached its lowest ebb in the coastal state since the dawn of independence.

2018-03-30
Editor in chief
Previous: The people entering the Ratna Bhandar will be subjected to frisking both at the time of entry and exit.
Next: Former Union Minister Jitendra Singh as the new All India Congress Committee in-charge of Odisha