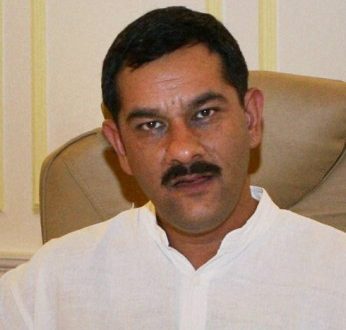 in State News March 30, 2018 Comments Off on Former Union Minister Jitendra Singh as the new All India Congress Committee in-charge of Odisha 830 Views

The Congress President Rahul Gandhi has appointed Jitendra Singh, Ex-Union Minister as the AICC Incharge of Odisha in place of B K Hariprasad, an official release of AICC read.

The party appreciates the hard work and contribution of B K Hariprasad who will be stepping down from his responsibility as AICC General Secretary Incharge, Odisha, the release concluded.

2018-03-30
Editor in chief
Previous: Senior leader and former union minister Chandra Sekhar Sahu resigning from the party.
Next: Thunderstorm and lightning warning in 15 districts of Odisha