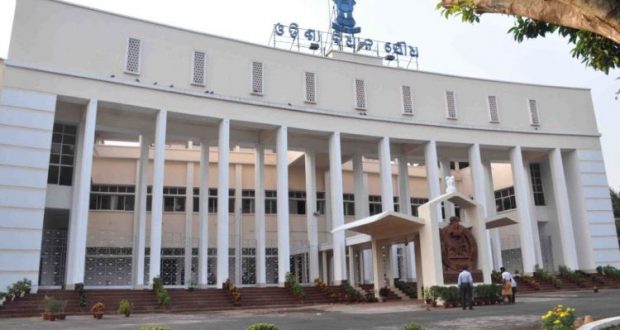 in State News March 26, 2018 Comments Off on Odisha Assembly was today adjourned twice following commotion by the Opposition Congress over delay in appointment of Lokayukta 668 Views

Bhubaneswar: 26/3/18;The Odisha Assembly was today adjourned twice following commotion by the Opposition Congress over delay in appointment of Lokayukta and implementation of Odisha Lokayukta Act in the state.

The issue was raised in the Assembly during Zero Hour by the Leader of opposition Narasingha Mishra of Congress. “We want to know why the government has not so far appointed a Lokayukta and implemented the Odisha Lokayukta Act even though the Bill got President’s assent before 2015,” Mishra said.

Noting that Chief Minister Naveen Patnaik had announced to implement the Odisha Lokayukta Act within six months of getting President’s nod, the Leader of opposition wanted to know the reason behind the delay.

Mishra also said that as per the provision of the new Act, the old Odisha Lokpal Act should remain in force. “But, there is no appointment of a Lokpal according to the old Act also,” he said adding that the post of Lokpal remained vacant for the past four years.

The Congress leader said that he had raised the same issue at least a dozen time in the Assembly, but the government did not reply. “What is the point of raising the issue if the government does not reply,” he said.

The Congress MLAs led by party’s chief whip Taraprasad Bahinipati rushed to the well of the House and demanded a clarification from the chief minister. As some of them attempted to climb on the Speaker’s podium and started shouting slogans in well, Speaker Pradip Kumar Amat adjourned the House till 12.30 pm.

2018-03-26
Editor in chief
Previous: Jyoti and Jhilik’s starrer ‘ Ole Ole Dil Bole’ going to be released across the state on 13th,April,2018.
Next: Great Orissa Famine of 1866 has come under limelight with the inauguration of an exhibition of photographs