Top Headlines
Home » Smartcity Bhubaneswar » ‘Rukuna Rath’, the chariot of Lord Lingaraj in state capital had to be stopped for today 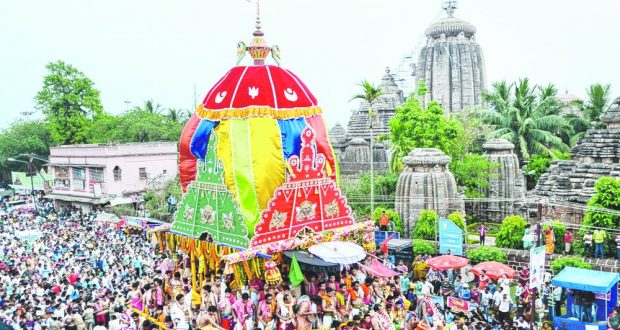 ‘Rukuna Rath’, the chariot of Lord Lingaraj in state capital had to be stopped for today

in Smartcity Bhubaneswar March 24, 2018 Comments Off on ‘Rukuna Rath’, the chariot of Lord Lingaraj in state capital had to be stopped for today 1,294 Views

Bhubaneswar24/3/18: Pulling of ‘Rukuna Rath’, the chariot of Lord Lingaraj in state capital had to be stopped for today after the chariot’s rope snapped thrice.

The authorities decided to cancel the chariot pulling for today due to shortage of ropes.

The chariot has been stationed near Mukteswar temple in Bhubaneswar and the chariot pulling will resume tomorrow at 2 pm, informed the Lord Lingaraj temple administration.

Meanwhile, thousands of devotees who had gathered to witness the pulling of Rukuna Rath, expressed their disappointment following the halt in chariot pulling.

2018-03-24
Editor in chief
Previous: Odia movie Ajatshatru had hit the theater on 23rd. March,2018 across the state.
Next: On World TB Day, Health Ministry launches new initiatives to combat TB