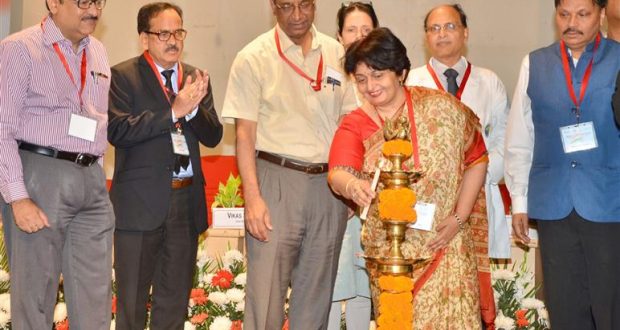 Newdelhi:24/3/18;”We are already aligned with world TB treatment protocols. It has to a mission to End TB by 2025, through community participation, involving civil societies and other stakeholders.” This was stated by Smt. Preeti Sudan, Secretary (Health) at a function on the occasion of ‘World TB Day’, here today.

She further stated that the global target to end TB is 2030 but we will end it by 2025. “This is a tall order but I am confident that if we all work together, if all the partners combine together and we ensure full treatment is given on regular basis we can show the world this can be achieved. I am confident of this and my confidence is backed by our success in eradicating Polio,” she added.

Smt. Preeti Sudancommended the TB warrior, Shri Suman, a graduate student who narrated his experience living with TB. The Health Secretary stated that early identification and complete treatment of TB is a key to achieving our goal of TB elimination. We need many TB warriors like Suman to fight against this disease and spread positive message across the communities to burst the myths and misconceptions around TB, she stated.

Addressing the participants, the Health Secretary further stated that Hon’ble Prime Minister has called for ‘TB Mukth Bharat’which can only possible if we ensure our panchayat and blocks are declared TB free.  “For that Government has adequately provisioned drugs and diagnostic in every part of the country,” she added.

2018-03-24
Editor in chief
Previous: ‘Rukuna Rath’, the chariot of Lord Lingaraj in state capital had to be stopped for today
Next: India’s vulnerability to drug trafficking due to its location in Golden Crescent and Golden Triangle:Rajnath Singh