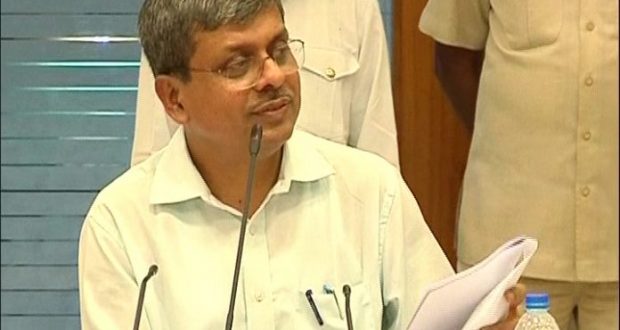 Odisha government has decided to prepare a standard operating procedure

in State News March 23, 2018 Comments Off on Odisha government has decided to prepare a standard operating procedure 711 Views

Bhubaneswar: 23/3/18:The Odisha government has decided to prepare a standard operating procedure (SoP) for enquiry and early sanction of ex-gratia amount in case of natural disasters, an official source said here today.

The decision was taken yesterday at a State Executive Committee (SEC) meeting, which was chaired by Chief Secretary Aditya Prasad Padhi, he said.

Special Relief Commissioner B P Sethi, who was a part the meeting along with Development Commissioner R Balakrishnan and revenue and disaster management officials, said the ex-gratia assistance for death due to natural disasters often get delayed because of non-availability of the autopsy report.

“As per the present practice, the medical institutions conducting post-mortem often do not share a copy of the report with the revenue authorities,” Sethi, who is also the managing director of Odisha State Disaster Management Authority (OSDMA), explained.

In most cases, the family members of the deceased collect the autopsy report from the police station and submit it to the Tehsildar for the sanction of ex-gratia. In the process, they often face harassment, he said.

This apart, the district collectors also require a case diary for sanctioning the ex-gratia, Sethi asserted.

“The committee has decided to prepare a SoP, detailing the procedure for enquiry and sanction of ex-gratia in case of disaster deaths. The SOP will be taken up for discussion at the next meeting of the committee before sending it for government’s approval,” he said.