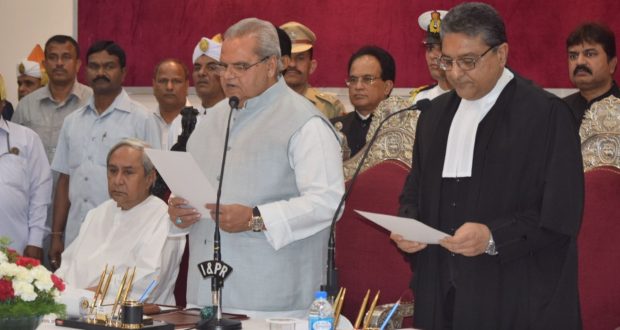 New Governor of Odisha, Satya Pal Malik, was sworn in

in State News March 21, 2018 Comments Off on New Governor of Odisha, Satya Pal Malik, was sworn in 614 Views

Bhubaneswar:21/3/18: The new Governor of Odisha, Satya Pal Malik, was sworn in on Wednesday

He was administered the oath of office by Orissa High Court Chief Justice Vineet Saran at a function here. Chief Minister Naveen Patnaik graced the function among others.

Satya Pal Malik, who is also Bihar governor, was given additional responsibility of Odisha after S C Jamir completed his five-year tenure.

Malik, 72, who now has additional responsibility of Odisha, has served as Union minister of state for parliamentary affairs and tourism and other important positions in Central and state governments.

2018-03-21
Editor in chief
Previous: Tranga Cine Production announced Two odia Film for Raja
Next: Odisha Chief Minister urged the Centre to dole out 99,960 MT rice to compensate for the “shortfall in allocation”