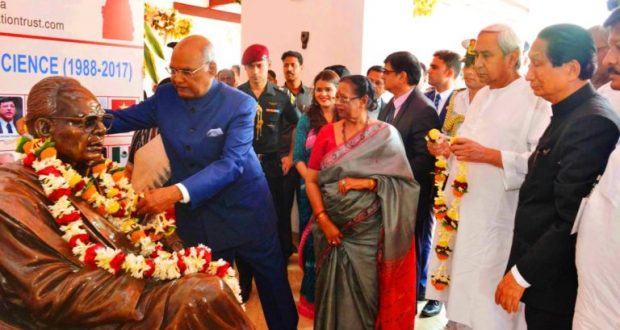 The President said Biju Patnaik’s legacy is above party politics and not only Odisha but all of India is proud of him. “Biju Babu did everything for the honour and people of Kalinga”, said Kovind.

The President arrived at Biju Patnaik International Airport at around 10:30 am and was received by Governor SC Jamir, Chief Minister Naveen Patnaik and other political leaders and senior officials of the state administration.

Speaking on the occasion Naveen said, “Biju Patnaik always fought for pride of Odisha. He had earned the reputation of a great statesman, patriot, visionary and above all a great humanist.”

“Biju Patnaik is an idea in continuity, an idea of realizing the breadth of human aspirations and Odia self esteem, self service and empowerment”, he said.

Notably, Naveen and his brother Prem Patnaik had donated the property, including half an acre plot and the 5,000 sqft building of Anand Bhawan to the government in January 2015