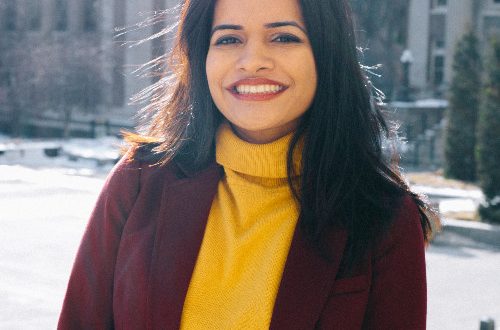 Minnesota(USA)17/3/18: Odisha girl Simran Mishra has been elected as the president of Minnesota Student Association, results of which were declared late on Thursday night.

Simran Mishra and Mina Kian were voted as the new Minnesota Student Association president and vice president, respectively, garnering over 83 percent of the vote. They will take over the positions that represent the undergraduate students at the University in the summer.While Simran and Mina got a total of 3,674 votes, their opponents Dobbs DeCorsey and Larranz Guider could poll only 710 votes for the undergraduate election. The elections were held on March 6-7.

Simran is a third-year student majoring in Finance at the Carlson School of Management under University of Minnesota. From the first year, she was actively involved in co-founding the student group Connecting Carlson to enhance the community within the college. She had also aggressively advocated for removing stigma around mental health.

The Mishra family had moved to the US when she was only nine.

2018-03-17
Editor in chief
Previous: President Ram Nath Kovind advised the lawyers of the nation to be a voice for the voiceless
Next: Odisha girl Arpita Behera was crowned as the Little Miss Galaxy World 2018