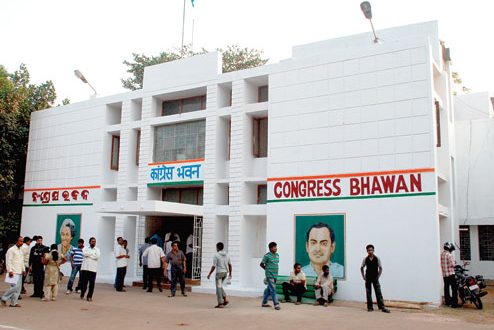 All India Congress Committee has dropped a few senior leaders and MLAs from Odisha.

in State News March 16, 2018 Comments Off on All India Congress Committee has dropped a few senior leaders and MLAs from Odisha. 975 Views

Bhubaneswar:16/3/18; The new list of All India Congress Committee (AICC) members that was released on Friday has dropped a few senior leaders and MLAs from Odisha.

However, 78 leaders from the state have been included in the revised AICC list that was declared ahead of the three-day plenary session starting at New Delhi today.

The exclusion of a few heavyweights has led to resentment among party leaders in the State.

On the other hand, senior Congress leaders Chiranjib Biswal, Kailash Kulesika, Krushna Chandra Sagaria have been selected as AICC members.

Party sources said the new AICC members have been selected to strike a balance as both senior as well as young leaders have been included in team.

Party sources said the AICC is likely to release another list 20 co-opted   members to pacify the disgruntled lot from Odisha.

2018-03-16
Editor in chief
Previous: Naveen Patnaik congratulated JSS Group and STPI for the initiative
Next: Sundergarh Nagarik Committee had decided to observe 12-hour Bandh protest the toll collection on the Biju Expressway