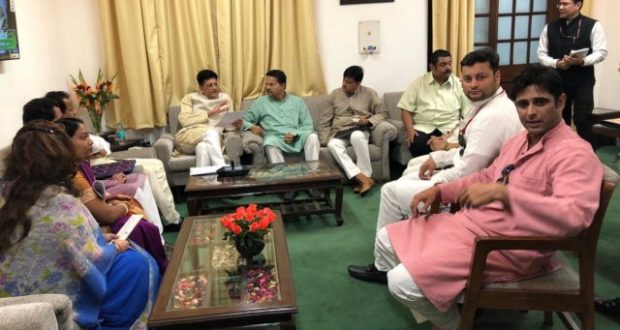 New Delhi:14/3/18 The Union Ministry of Railways today turned down the proposal for expanding the jurisdiction of East Coast Railway (ECoR) to unify Odisha under one zone by setting up of three new railway divisions.

After the meeting, Bolangir MP Kalikesh Narayan Singhdeo said, “The railway minister did not listen and turned down our demands. I think this will be a huge loss to Odisha. We are extremely disappointed to see this response from the Centre.”

Chief Minister Naveen Patnaik had on February 17 urged the Centre to consider one Railway zone for entire Odisha. As part of the proposal, the state government had requested the Centre to expand the jurisdiction of the ECoR by establishing three new railway divisions namely Rourkela-Jajpur, Jajpur-Keonjhar Road and Rayagada.