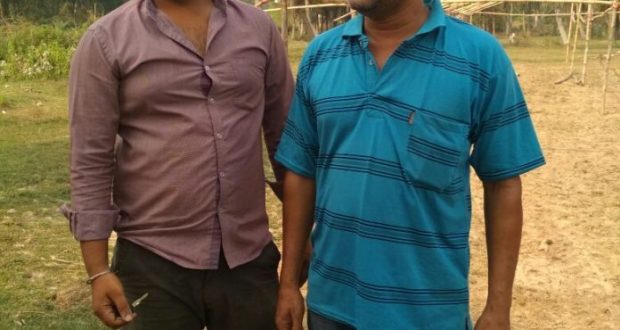 Jagatsinghpur: 14/3/18;Two youths from Odisha’s Jagatsinghpur district has set an example by returning gold ornaments weighing approximately 200 gram valued at Rs six lakh to a man who had lost it.

“Honesty is not dead. The act of honesty for which I could get back the gold leads me to firmly believe that there are still good souls in the world. The noble boys gave me back the jewelleries which I was carrying for daughter’s wedding. If the jewelleries would have been lost, I would have faced a lot of hardship”, said S.R. Mahammad, a resident of Jagatsinghpur township, who got back his lost gold.

I was in a hurry. I had left the bag after withdrawing cash from the ATM, he recalled.

Nagendra Kumar Singh (35) and Lalit Kumar Singh (23) while drawing cash from an ATM counter of a national bank at Durga Bazar in Jagatsinghpur Township stumbled upon a bag lying unclaimed at the counter.

Later they found the man frantically searching his lost bag at the Indian Bank branch adjoining the ATM counter and returned it to its owner.