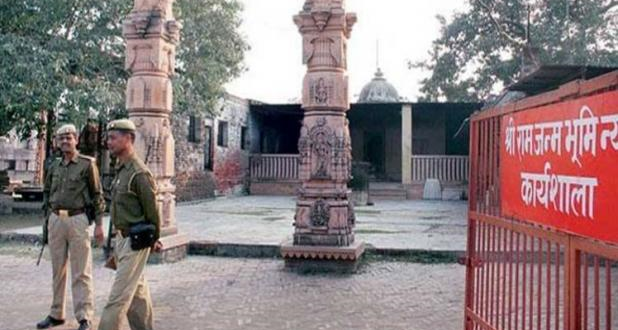 The Bench comprising Chief Justice of India Dipak Misra and Justices Ashok Bhushan and Abdul Nazeer has also directed the registry not to entertain any intervention applications in the matter, which is also popularly known as Ayodhya case.

he Supreme Court also rejected the intervention plea of BJP leader Subramanian Swamy. The court, however, ordered the revival of Swamy’s disposed plea that had sought enforcement of his fundamental right to worship at Ram Temple in Ayodhya.

During the hearing, Swamy told the apex court that “my fundamental rights are higher than my property rights”. The Supreme Court fixed the matter for further hearing on March 23.

The Lucknow bench of Allahabad high court had ruled in favour of partitioning the land equally among three parties-the Sunni Waqf Board, Nirmohi Akhara and the ‘Ram Lalla’ (infant Lord Ram), represented by the Hindu Mahasabha.

Ram Janambhoomi- Babri Masjid dispute is a century old point of a tussle between Hindus and Muslims. The mosque was demolished by Hindu Karsevaks on December 6, 1992, in Ayodhya. The country witnessed massive riots, in which over 2000 people were killed.

ECI extends ban on physical rallies and roadshows until 22 January, 2022