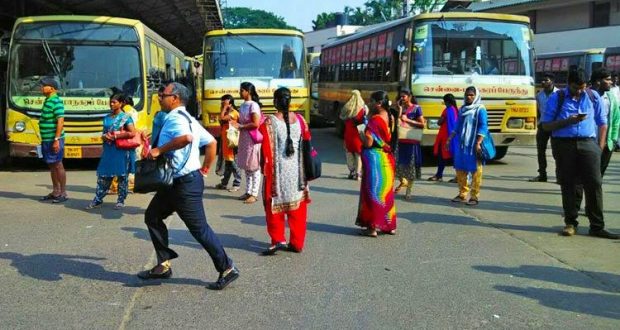 in State News March 14, 2018 Comments Off on All Odisha Private Bus Owners’ Association called off the strike after getting State Government’s assurance 982 Views

Bhubaneswar:14/3/18; Even though the All Odisha Private Bus Owners’ Association (AOPSA) today launched its indefinite strike which hit the normal life across the state, it called off the strike after getting State Government’s assurance to meet their demands.

Following the state-wide strike began on Wednesday, a high-level meeting was held with the State Government here at the State Secretariat in the pre-noon hours. However, the decision on whether to continue the stir or not was taken after the association members united at an emergency meeting for taking a decision for calling off their strike.

Notably, the bus operators demand that the State Government clarify on the route map for City Buses and a rollback of the hike in motor vehicle tax and exemption from paying tax at the tollgates.