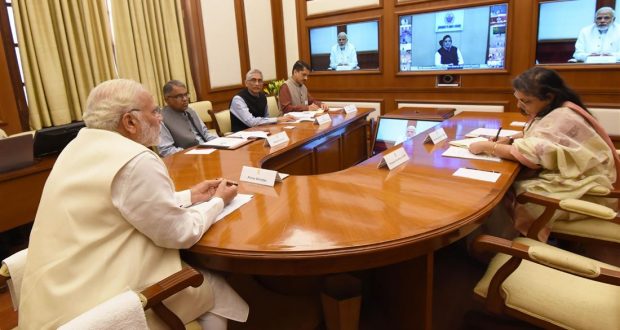 in National March 13, 2018 Comments Off on PM reviews progress towards ODF targets in three States including Odisha 581 Views

Newdelhi:13/3/18;The Prime Minister, Shri Narendra Modi, today interacted with the Collectors of the four States of Uttar Pradesh, Bihar, Odisha, and Jammu and Kashmir. He reviewed the progress towards ODF (Open Defecation Free) targets in each of these States.

The Prime Minister encouraged the States to share their views and experiences on the work they have done so far towards Swachh Bharat and sanitation goals. He emphasized that there could be no greater inspiration for completing this task, than the 150th anniversary of Mahatma Gandhi. He said teams should be formed at the district level to monitor progress.

He said that efforts should be made to convert this mission into a Jan-Andolan (Mass Movement). He said students and school children can play a key role in generating greater awareness in this regard.

2018-03-13
Editor in chief
Previous: Nomination papers of three BJD candidates were found to be valid
Next: India has set a target for complete elimination of TB by 2025:Narendra Modi