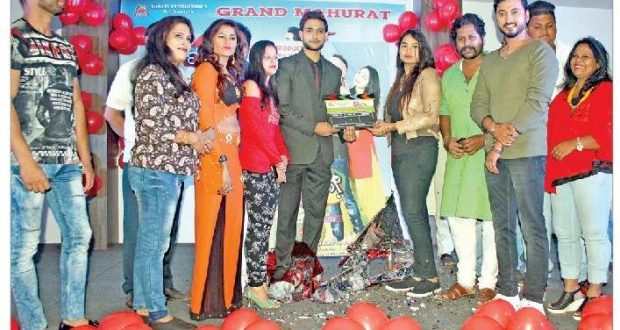 Bhubaneswar:13/3/18;The mahurat of upcoming Odia Film KATI PATANG was held On Monday at Odisha Press Club ,Bhubaneswar,. The film features Ollywood star Abhisek and Ananya .The film is made under the banner of Shakati Productions.The film is produced by Debendranath sahoo  and directed by Kumar Saroj .S. Chandrakant  has composed the music of the film .The dialogues  the fil is penned by Ajay Samal. Abhisek and Ananya will be seen romancing each other . The movie also features Rk,,Rani Priya Darshani,,Asit Pati , Ajit Das , Manisha Mishra ,Saroj Das, Kali ,Kulu,Deba,Ashok, Pratap,Priyanka,Prince Aryan and Bishnu.The mahurat event was managed by Bijay Events (Amaresh) .