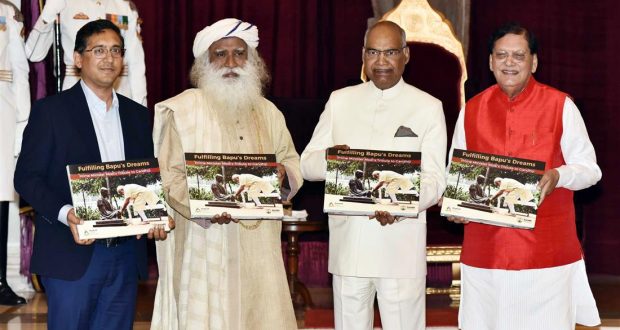 Speaking on the occasion, the President said that this book underscores an important aspect of India’s developmental process – linking sanitation with broad mass participation, making it a mass movement, giving central importance to the practical needs of ordinary citizens in policy, and establishing ethical ideals firmly in public life.

The President said that cleanliness and hygiene are basic conditions for a leading nation. The Prime Minister has given the highest priority to these in the form of a mass movement. The effort to connect the ideals of Mahatma Gandhi with nation-building comes at critical juncture in India’s development journey. This book is an effort to underline this change.