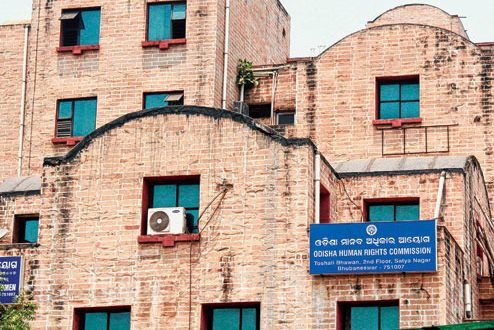 Sambalpur9/3/18;: In a major development, the Odisha Human Rights Commission (OHRC) today directed the Additional Chief Secretary of Odisha Home Department to pay Rs 3 lakh as compensation in connection with the custodial death case where an under-trial prisoner died under mysterious circumstances at Jujumura in Sambalpur last year.

As per sources, the Town Police had arrested one Abhay Singh, a resident of Palampur in Purulia district of West Bengal, who had come to Sambalpur to sell handicraft items.

Singh was then taken to police station and later produced in the court on allegations of smuggling ganja in Jujumura police limits. A few days later Singh fell sick and was admitted to VIMSAR Burla where he died while undergoing treatment on June 19 last year.

However, his wife alleged that he died due to physical torture in police custody. Later, the family filed a petition with the NHRC over Singh’s death, acting on which, the rights body had also directed the Additional DG of HRPC to submit a report on the issue.

2018-03-09
Editor in chief
Previous: Private buses will remain off roads from March 14
Next: Chinmayee Chetna Dash has topped the order of merit among 145 candidates in Odisha Civil Services Examination 2016