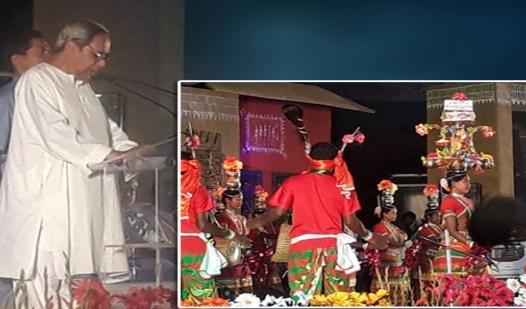 Bhubaneswar:9/3/18; With a to view to further impetus to the involvement of the tribal communities in the development process, plan formulation, implementation and monitoring so as to make tribal development more inclusive, participative and hence effective, Odisha Chief Minister Naveen Patnaik on Friday formally launched Special Development Councils (SDCs) for nine tribal-dominated districts in the State at a special function here claimed to be first ever in India.

In his media reactions, the Chief Minister said, “Today nine Special Development Councils for nine tribal-dominated districts were launched. It’s indeed a historic occasion. These Councils are empowered to protect and promote their indigenous culture. I’m sure they will help preserve the unique cultural identity of each tribal community.”

Odisha Development Commissioner R. Balakrishnan informed, “Today the Special Development Councils for 9 districts were formally launched. As you are aware, ITDA, MADA, tribal cluster, micro projects for particularly vulnerable tribal group are already available for the tribal development in the State. Main focus is developmental work. Along with development, the tribal culture, craft and art need to be celebrated.”

In the meantime, SDCs have already been constituted in all the 9 districts and the Chairpersons with their respective teams have also assumed office.