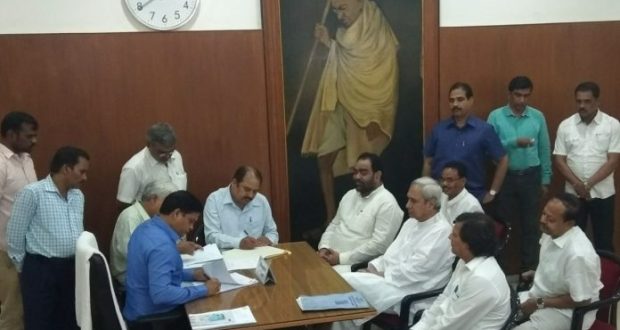 in State News March 9, 2018 Comments Off on BJD Candidates File Nomination for the biennial Rajya Sabha polls from Odisha 561 Views

All of them are fielded by ruling BJD for biennial Rajya Sabha polls. The elections for three seats from Odisha will be held on March 23.

The three Rajya Sabha seats of the state will fall vacant in April.

Elections to three RS seats in Odisha will be held as the tenure of Dilip Tirkey, A U Singhdeo and BJD-backed Independent candidate A V Swami would end on April 3, 2018.

As per the Election Commission of India, notification for the election would be issued on March 5, while last date of nomination is March 12.

The BJD has 118 MLAs in the Odisha Assembly, the Congress has 15 MLAs and the BJP has 10 legislators.

2018-03-09
Editor in chief
Previous: City folks had get an opportunity to revisit the Odia film ‘Suryamukhi’
Next: Odisha government directed schools in the State to conduct morning classes from April 2.