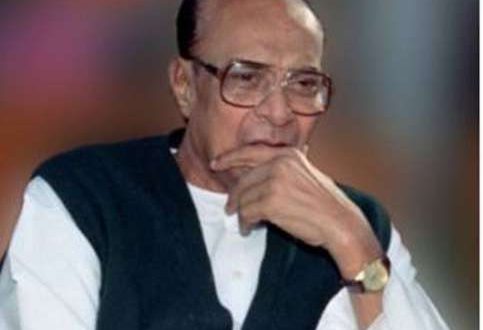 Some of My Memorable Interaction with ‘Biju Babu’

in Column March 7, 2018 Comments Off on Some of My Memorable Interaction with ‘Biju Babu’ 1,194 Views

The 5th Marach is the birthday of a great leader of India, late Shri Biju Patnaik. He was born on 5th March 1916. In 1950 when I was a student of Bachelor of Science with Chemistry Honours at Ravenshaw College (presently Ravenshaw University), Cuttack, I had the opportunity to hear the inspring and informative address of Shri Bijayananda Patnaik to the science students at the Chemistry Department related to Scope for Industrial Development of Odisha and the potential employment opportunities for the educated youth of Odisha. The speech was highly educative and impressed me very much. Since that day, I had a great admiration for Bijayananda Patnaik and I made up my mind to aquire knowledge and necessary training to work towards making Odisha as the industrialized state of India.

I would like to sight some of my memorable interactions with Biju Babu in the areas of science and technology and industrial development of Odisha. These would indicate his strong desire to make Odisha a rich and prosperous state.

During 1977 to 1979, Biju Babu was Union Minister of Steel and Mines and then I was the Director of RRL, Bhubaneswar. On the day he assumed the office of the Union Minister of Mines and Steel, on phone I felicitated him. In reply, he told me “Let us work together towards developing mineral based industries in our mineral rich state. I expect a lot from you for the industrial development of Odisha and creating more scientific and engineering manpower”. As desired by him, during the period when he was the Union Minister of Mines and Steel, whenever I visited New Delhi,  I use to meet and discuss with him about various matters related to mining and development of mineral based industries.

A few months after he assumed the office of Union Minister of Mines and Steel, once he phoned me to meet him at Delhi at earliest opportunity. After a week or so during my official visit to New Delhi, I met him accordingly at his office. During our discussion, he mentioned to me that, he received a recommendation that I should be considered for the post of Secretary of Mines and Steel in his Ministry. After a few minutes of our general discussion on the subject, he opined that, I should continue as the Director of RRL instead of accepting the Secretary position only for a small amount of financial benefit and at the same time doing more paper work. He stressed that; I should be in Odisha and work for the development of various mineral and other resources based industries.

For the last time when Biju Babu was the Chief Minister of Odisha during 1990-1995, I was meeting and discussing with him about various developmental programmes whenever he desired. During that period, I was visiting Japan and Brazil as a Senior Visiting Professor in some Universities for about six months every year and guiding various research programmes. The rest six months of the year, I used to spend my time mostly at Bhubaneswar for conducting awareness and training programmes for a Charitable Institutions namely Natural Resource Development Foundation, which I founded. During these periods, I was meeting Biju Babu more frequently for many useful discussions.

Biju Babu used to ask me to meet him sometimes at his Bhubaneswar residence and at times in his office for discussion regarding different projects and related scientific and technological matters. Once during our discussion, he proposed to me to be his (Chief Minister’s) Industrial & Scientific Advisor. I, while conveying my grateful thanks for the confidence he had on me, I told him about my prior commitments. However, I suggested that, I could be with him whenever he desired and I thought he appreciated my sincerity.

Once after my return from Japan most probably in 1991, I met Biju Babu in his Chief Minister’s chamber and we had a long discussion about the development of integrated iron and steel plants in Japan. We discussed various matter including how Japan without any mineral resources, could be one of the major steel producers in the world, advantages for setting up these at their port sites, importing most of the major raw materials and exporting the finished products by utilizing their advance technologies etc. In our discussion, he wished that, in India at various port sites we should have similar such integrated steel plants including one at Paradeep. We both agreed that by utilizing our rich iron ores, importing high grade metallurgical coal and utilizing our own technology, it would be possible to make these plants highly profitable without much investment in transport of materials and also for maintaining the environment. After our discussion, he called and told the concerned secretary to interact with me in this matter. This was Biju Babu’s style of getting work done effectively.

Another time, we discussed the potential for setting up sponge iron plants (Direct Reduced Iron Plants) in Odisha because of the availability of large amounts of high grade iron ores and non coking coal. As a matter of fact, during subsequent years, a large number of sponge iron plants came up in Odisha. But, unfortunately in recent years, many of these plants either have been closed down or are running with low capacity mostly because of short supply of iron ore and coal of required grades.

Biju Babu’s love for science and technology and their popularizations are evident from his action in establishing in 1951, the International Kalinga prize for popularization of science and technology under the banner of UNESCO. Based on his recommendation, I was one of the Jury members of the Kalinga prize for a number of years when I was the Director of RRL, Bhubaneswar. Every year the Kalinga prize winners used to come and visit various important places of Odisha including Puri and Konark before their attending the Prize Ceremony organized by UNESCO at New Delhi. As per the instruction of Biju Babu, I used to take care of these prize winning guests and also attended a number of times the prize giving ceremony organized by UNESCO at New Delhi.

Biju Babu was highly knowledgeable and always open to ideas. He belived in action but not making false promises. The senior bureaucrats were very careful for carrying out the suggestions of Biju Babu and implementing those in time.

Odisha was very close to Biju Babu’s heart and he was always very keen to see, Odisha as a highly industralized and prosperous state of India. He was a man of novel ideas and believed that, high science and technology could materialize various industrial and socio – economic developmental programmes. His enthusiasm and novel ideas had many times not only motivated me but also many others who had come in contact with him.

The news of passing away of Biju Babu on 17th April 1997 was not only a great shock for me but to the whole country particularly for the people of Odisha. Personally for a long period I missed him very much. I wish the politicians of the state as well as of our country should follow his ideas and work sincerely to bring socio – economic prosperity to our people.