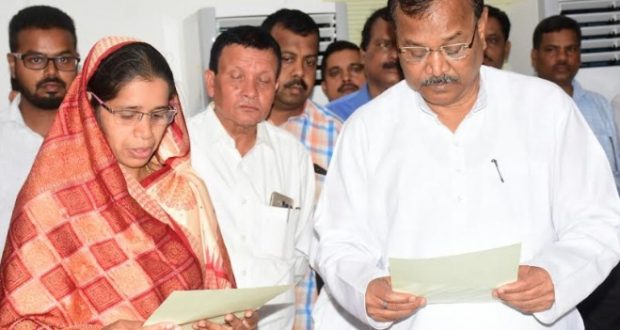 Rita was administered the oath of office and secrecy by Odisha Assembly Speaker Pradip Kumar Amat in the Assembly premises.

With the newly-inducted member, the numbers of MLAs from the ruling BJD have increased to 118 out of total 147 seats in the 15th Odisha Legislative Assembly, while Congress and BJP have 15 and 10 MLAs respectively.

Rita Sahu had put up a thumping victory in the by-poll that took place on February 24 to Bijepur Legislative constituency in Bargarh district of Odisha.

Rita Sahu, widow of former three-time Congress MLA Subal Sahu who died in August last year had necessitated the bye-election there won with a record margin of 41933 votes. Securing 102871 she emerged victorious while BJP stood at distant second with 60938 and Congress got 10274.

Her tenure is only for one year as the general elections will be held in 2019.