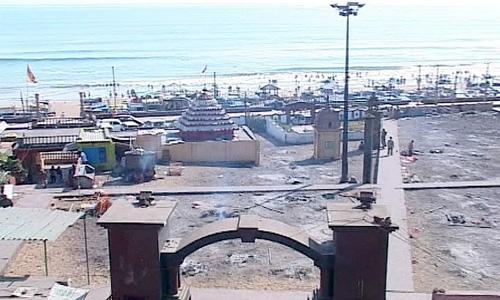 Puri: 27/2/18;The Sri Jagannath Temple Administration (SJTA) on Tuesday restored the title of 10.17 acre land belonging to Swargadwar, which were encroached upon, in favour of Lord Jagannath.

The order was pronounced after hearing of 170 cases as per the Orissa Estate Abolition Act, 1951.

Order on another 6.602 acre of encroached land will be pronounced soon, said sources.

Earlier in May last year,  around 11.143 acres of Bebandobast (unsettled land) land belonging to Swargadwar returned to the Temple record. While pronouncing the verdict, the court of the Tehsildar had then found that 10.256 acre of land was sold using forged documents.It is worth mentioning that in 1990, the temple administration had filed a case under Odisha Estate Abolition Act in the court of Tehsildar in Puri to record 30 acres of Swargadwar land, which were wrongly recorded in favour of some individuals. The case read that the land belonged to temple since 1899 and without the knowledge of temple management committee, they were recorded in favour of some individuals.