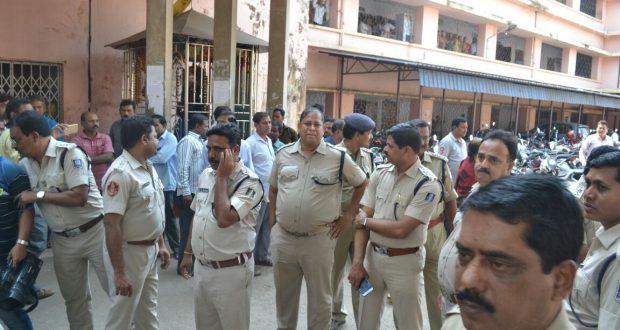 in District Diary February 27, 2018 Comments Off on ABVP activists scuffle with police at BSE office 1,629 Views

According to reports, the outfit had staged the demonstration in front of the BSE office demanding action against the officials behind circulating the matriculation question paper on social media.

Over 30 ABVP activists barged into the headquarters at around 11 am and clashed with the security guards and officials as they tried to prevent them.

The activists damaged the main gate of the office and allegedly tried to ransack property.

Police resorted to mild lathicharge to disperse the ABVP activists from the BSE headquarters.