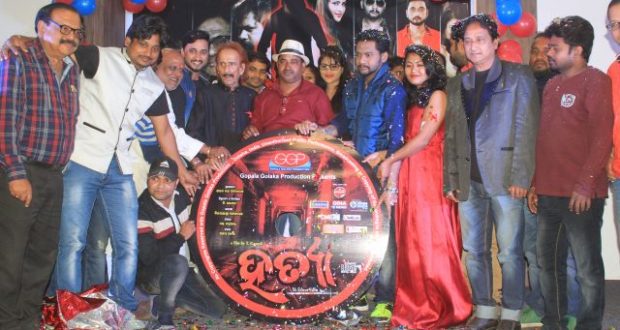 Bhubaneswar: The audio release ceremony of upcoming Ollywood thriller ‘Hatya – The Silence Killer’ was held here on Thursday. Eminent singer Pranab Pattnaik has grace the occasion as Chief Guest,all the cast and crew of the film was present.

Produced by Ajay Kar and directed by T.Ganesh, the music of the film is composed by S. Chandrakant.

2018-02-24
Editor in chief
Previous: Budget session of Odisha assembly will commence from March 20
Next: Odisha Chief minister invite president of India for the inauguration of a Museum and school in Anand Bhavan