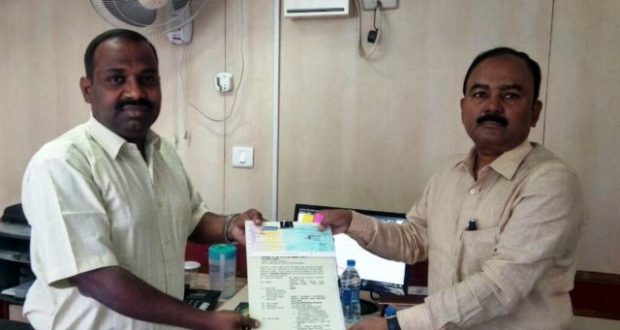 in State News February 24, 2018 Comments Off on Odisha government filed an application for GItag to stake claim for “Odishara Rasagola”. 698 Views

Officials of the Odisha Small Industries Corporation Ltd (OSIC) filed the application with the Geographical Indication Registry in Chennai.

“GI application for theOdisharaRasagola filed with the GI Registry, Chennai, by OSIC today,” tweeted the Micro, Small & Medium Enterprises (MSME) Department.Notably, a bitter battle over the origin of the sweet delicacy had ensued between the two neighbouring states as both claimed its origin in their respective state.

Odisha has been claiming that Rasagola originated in the state and it was offered at Shri Jagannath Temple as well.

The spongy sweetmeat has been a part of the state’s centuries-old ritual of offering prayers to Lord Jagannath and was mentioned in a 16th century Odiya epic “Dandi Ramayana”, said an official.

Recently, a fringe outfit Jagannath Sena had filed GI application for Jagannath Rasagola, while a social organisation Regional Development Trust had filed an objection petition with the Registry at Chennai.

Besides, a PIL was also filed in the Orissa High Court seeking GI tag for “Odishara Rasagola”.

2018-02-24
Editor in chief
Previous: BJD party would take care of all expenses of the kin of Dileswar
Next: Budget session of Odisha assembly will commence from March 20