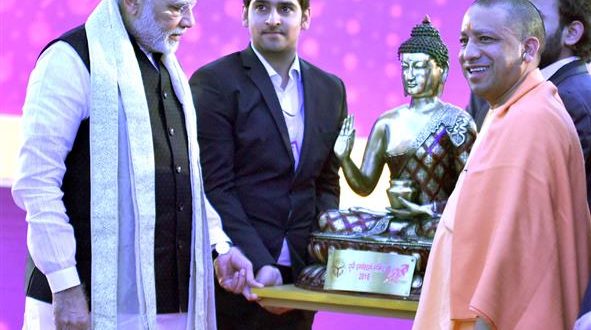 He said that when change happens, it becomes apparent for all to see. He added that the organization of such a big investors’ summit in Uttar Pradesh, with the participation of so many investors, is itself indicative of change. He congratulated the State for establishing itself on the path of development and prosperity in such a short timeframe.

He said the Union Government’s Pradhan Mantri Kisan Sampada Scheme would help reduce wastage in the agriculture sector. He said the State had immense potential in ethanol production, due to large sugarcane cultivation.

The Prime Minister said a defence industrial corridor would be established in Uttar Pradesh, and would help in development of the Bundelkhand region.

The Prime Minister said that the Kumbh Mela to be organized next year at Prayag, would be the largest such event of its kind in the world.