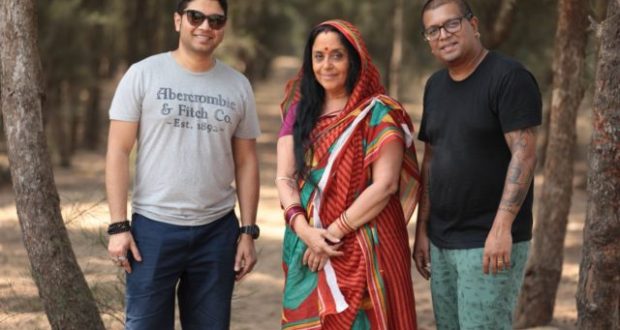 The song sings praise of a group of 30 women led by Charu Maa, who refused to leave their land and fought the after-effects of 1999 Super Cyclone that left behind a trail of destruction in Odisha’s Puri.

Ila Arun plays the titular role in the video directed by documentary filmmaker Snehasis Das. The lyrics are by Pinky Poonawala, while the music has been composed by Sanjay Dazz and Ambar Das.

Snehasis said the objective behind this music video is to create awareness about climate change. “Our previous music video, ‘Ghar Jaana Hai’, which depicted drought, received a lot of appreciation. Through this video we want to portray climate change and ways to deal with it,” he said.

Speaking about his experience of working with Ila Arun, Konark said, “When we approached her for the music video, she readily agreed. It was an honour to have her on board. Being a singer, she could also understand the emotions in the song. It was a treat to watch her play Charu Maa.”

The music video was shot in three days at Gundalba village. “We wrapped up the shoot yesterday. The video will be released as soon as we are done with the post-production work,” said Snehasis.