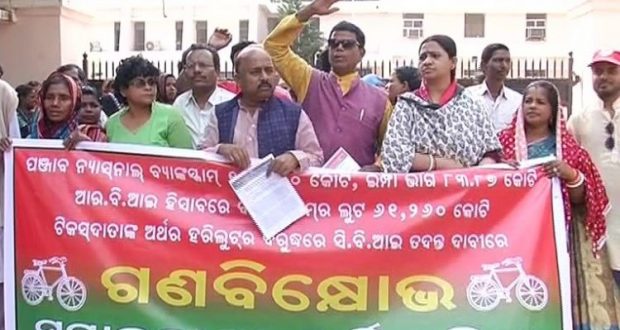 Members of Samajwadi Party led by State President Rabi Behera staged demonstration before the CBI office in Bhubaneswar and submitted a memorandum to the investigation agency’s local SP alleging IMFA Vice Chairman and MP Baijayant Panda of using his political links to secure the loan waiver.Panda got the Rs 2300 crore loan waived from 10 banks including Rs 83.87 crore from Punjab National Bank, the party’s memorandum stated.

On the other hand, IMFA clarified that the loan restructuring of former Indian Charge Chrome Ltd (ICCL) carried out in 2003 was similar to several companies in the iron and steel sector including Jindal, Essar and few others. It is worthwhile to mention that ICCL had merged with IMFA in 2006.

A PIL filed in 2007 on this issue was dismissed by the Orissa High Court, added IMFA.