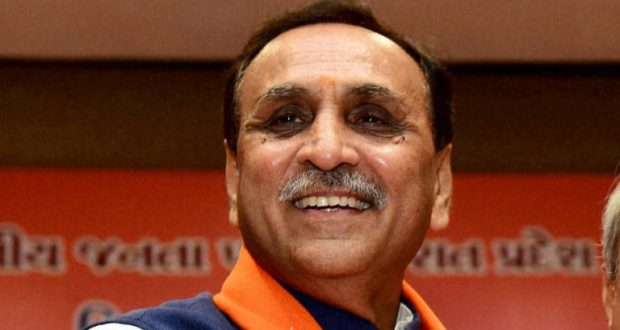 Air Odisha, which started services as a non-scheduled operator in November 2012, was granted the flying permit by the DGCA to launch flights under the Ude Desh Ka Aam Nagrik (UDAN), the Centre’s regional connectivity scheme (RCS), on last Tuesday.It has bagged 50 routes under the RCS.

Air Odisha is starting services from Ahmedabad to Jamnagar, Mundra and Diu in the first phase of its operation under the UDAN scheme.

Of these, the Mundra-Ahmedabad service took off today. Mundra, in Kutch district, houses a mega private port.

“It is the realisation of the dream of Prime Minister Narendra Modi. UDAN aims to provide air facility to the common man through regional connectivity.

“Till now, Rajkot, Bhavnagar, Jamnagar, Surat were all connected to Mumbai, but with this service, these cities will be connected to Ahmedabad also (as part of Air Odisha’s Gujarat network plan),” Rupani told reporters on the sidelines of the event.

The airline has deployed a 19-seater Beechcraft 1900D on the Ahmedabad-Mundra-Jamnagar route.

Ahmedabad-based firms GSEC Aviation and Monarch Networth Capital have made investments in Air Odisha and Air Deccan, whose founder G R Gopinath was also present on the occasion.

Air Odisha will also provide connectivity from Ahmedabad to Bhavnagar and Bhavnagar to Surat in coming days, the official said.

Speaking at the event, founder of Air Deccan G R Gopinath, said it was a “dream come true” moment for him to see the venture taking off.

Gopinath said his air charter company had sought permission to fly on this route in 2013 but the then UPA government did not give him the go-ahead due to political reasons.

Modi, who was then Gujarat Chief Minister, was scheduled to inaugurate the flight, said the pioneer of low- cost flying in India.

“We made announcement and hoardings were put up. Mr Modi was supposed to inaugurate it…Two days before inauguration, the aircraft (bought for this) were stopped by the then (UPA) government (in Dubai).

“There were political consideration not to allow the service to take off,” alleged Gopinath.

“It dashed our dream and we lost a lot of money. I then told Mr Modi that ‘I will come back to Gujarat when you become the prime minister’,” he said.

2018-02-17
Editor in chief
Previous: Odisha Chief Minister reiterated the Special State Status Demand
Next: All arts, all thoughts must move in one direction to bring in universal brotherhood: Vice President