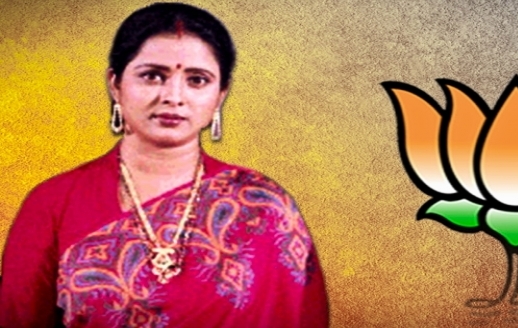 Bhubaneswar:17/2/18;Eminent   Ollywood actress Aparajita Mohanty  on Fridayy announced that  she will join BJP ahead of Bijepur by-poll.

BJP spokesperson Pitambar Acharya on Friday informed that Aparajita Mohanty will join BJP on February 19 in the presence of Union Petroleum Minister Dharmendra Pradhan.On the reasons behind her quitting the congress,Aparajita said”There was no leader who could effectively lead the congress partyon the other handcwhether she has been offered any post in the futuire,she said there is no  any such condition.

Mohanty had on February 13 resigned from the Congress party.

Aparajita had joined the Congress just ahead of the 2014 General Elections. The national party had fielded the veteran actress from Cuttack parliamentary constituency but she was defeated by BJD’s Bhartruhari Mahtab by over two lakh votes.

Aparajita Mohanty is likely to campaign for BJP candidate Ashok Panigrahi for the by-poll to the Bijepur Assembly constituency. Ollywood actor Mihir Das, actresses Anu Choudhury and Mahasweta Ray, who had joined BJP recently, are campaigning for the party in Bijepur by-poll.