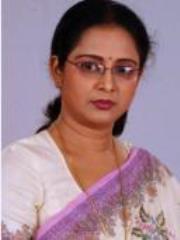 She had joined the party on February 20, 2014 in presence of the then Odisha Pradesh Congress Committee (OPCC) president Jayadev Jena, Mohammed Moqim and hundreds of party supporters at Congress Bhawan here.

Following her joining, she had contested for the Cuttack Lok Sabha seat in 2014 general elections.

Meanwhile, speculation is rife that she will join the BJP soon.

2018-02-14
Editor in chief
Previous: Sahitya Akademi Awards 2017 presented
Next: Police arrested more than 30 activists of the Kalinga Sena who had Protest against Valentine’s Day celebration