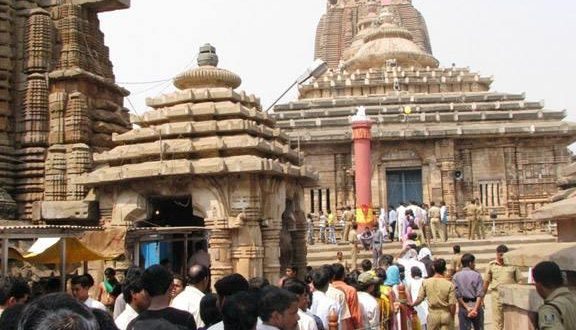 Mahasivratri Celebrated across the state With Religious Fervour

in State News February 14, 2018 Comments Off on Mahasivratri Celebrated across the state With Religious Fervour 1,144 Views

Bhubaneswar: 14/2/18;The festival of Mahasivratri to mark the wedding of Lord Shiva and Goddess Parvati began with reverence as thousands of devotees thronged the famous shrines of Lord Shiva across the State to offer worship.

Rituals began as early as 4 am at Lingaraj Temple in Bhubanewar with ‘Sahanamela’ (open darshan). The Lingaraj Temple premise was swarmed by Devotees, who in large numbers waited their turn to get a glimpse of Lord and offer their prayers.

One could experience devotion and worship in the air with devotees singing hymns and prayers as they gear up to witness the placing of ‘Mahadeepa’ atop the temple at around 10 pm. Devotees observe strict fasting on the day and break their fast only after witnessing the lifting of ‘Mahadeepa’.

imilar fervor was observed at Dhabaleswar Temple in Cuttack, another revered shrine of Lord Shiva. The rituals at Dhabaleswar kick started at 5 am and the queue of devotees was getting longer as the day progressed. While a few would go back after offering worship and return to witness the lifting of Mahadeepa which is scheduled to be held at 1 am, many devotees would wait at the temple chanting prayers till the rituals culminate.

Similarly, devotion and worship filled the air at Sri Lokanath Temple in Puri, Kapilas in Dhenkanal, Baba Akhandalamani Temple in Bhadrak, Ludubaba Temple in Nayagarh and Gupteswar Temple in Koraput district, where devotees were seen queuing up to offer worship as early as 3 am.

2018-02-14
Editor in chief
Previous: Acid attack survivor Pramodini Roul and her beau Saroj Sahoo decided to getting engaged in Valentine’s Day
Next:  The Vice President, Shri M. Venkaiah Naidu to inaugurate the Global Theatre Olympics being held in India for first time on 17th February 2018