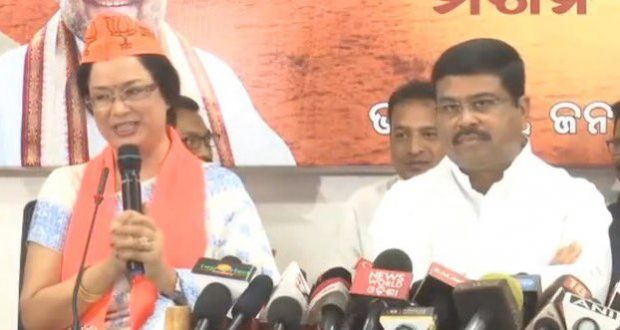 in Odia Cinema February 13, 2018 Comments Off on Mahasweta Ray joined in BJP 796 Views

“Prime Minister Narendra Modi’s ideology and work for the development of the nation forced me to join BJP,” she said after joining the national party during a press conference in BJP’s state headquarters here.

The actress said she had interest in politics since her childhood. However, she got opportunity to enter politics years after her career in Ollywood adding the Prime Minister has become an inspiration for the youth mass in the country that inclined her towards the BJP.

Union Petroleum Minister Dharmendra Pradhan welcomed her during the press conference for joining the party.

Her joining comes close on the heels of the joining of Odia cinema actors Mihir Das and Anu Choudhury to saffron fold on January 20.