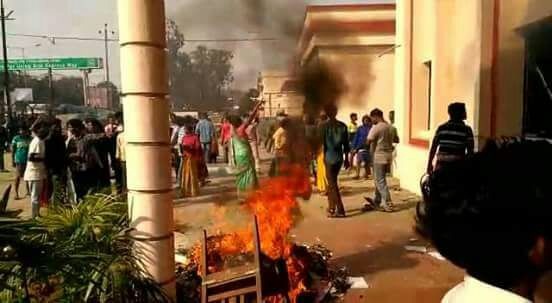 According to reports, a three-member team of the HRPC went to the police station and questioned the police officials over the matter.

Odisha DGP R.P. Sharma had ordered a HRPC probe into the incident yesterday. Besides, he had suspended the Inspector-In-Charge (IIC), Dairy Charge Officer (DCO) and the Sentry on duty. Sharma had also clarified that strong departmental action will be initiated against them.

They will also meet the kin of the deceased youth identified as Avinash Munda (25) and some locals to extract more information regarding the matter.

Meanwhile, the last rites of Munda were performed at Bhalupali village in the presence of district Collector and SP. His body was taken to the village amidst tight security.

Notably, Avinash Munda was arrested by the Ainthapali police from his residence for mobile phone theft. However, he was rushed to the District Headquarters Hospital (DHH) after police found him hanging with a bedsheet inside the police station lock-up on Thursday night. But, the doctors declared him brought dead.

2018-02-10
Editor in chief
Previous: Over 20 activists of the BJP barged into the official residence of V Karthikeyan Pandian
Next: Odisha government on Friday appointed new Bargarh Collector and superintendent of police