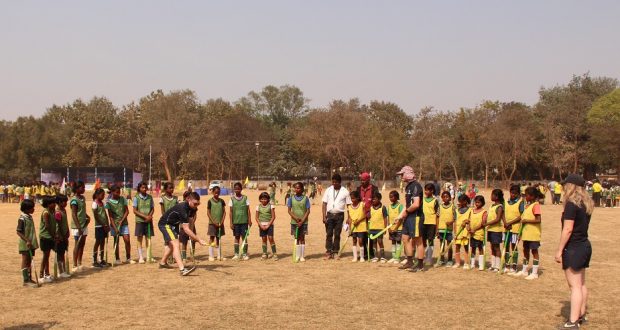 in District Diary February 7, 2018 Comments Off on Tata Steel Organises hockey camp in association with Hockey Australia in Sundergarh 860 Views

Gomardih, February 7, 2018: Tata Steel, in association with coaches of Hockey Australia, the governing body of Hockey in Australia, has begun a 2-day long mega hockey programme at  Goamrdih, in Kutra Block of Sundergarh district in Odisha, beginning today.

A total of 300 boys and girls, between 7 to 12 years of age, from 10 training centres being run by Tata Steel Rural Development Society (TSRDS) in the area, participated in the tournament. Under the guidance of Mr James Liggins, Mr Thomas Eric Winter and Ms Ivy Whelan of Hockey Australia, the tournament was held, following screening camps organised for this event.

Mr Mangala Kisan, MLA, Rajagangpur had joined as the Chief Guest on the occasion and awarded the winners. Commending Tata Steel for the initiative Mr Kisan opined that such programmes would encourage the children to take up hockey as a profession and help them to be part of state and national hockey teams, in keeping with the tradition of the district.

Speaking on the occasion, Mr Ambika Nanda, Head, CSR, Tata Steel, Odisha informed that Tata Steel intended to facilitate the linking of a selected few students to hockey academies for their professional growth.

Tata Steel, in association with Hockey Australia, has been conducting grassroots hockey development program – Hooking 2 Hockey – among school children around Gomardih, where the steel major has a Dolomite Quarry, since 2016. The objective of the programme is to train and give a platform to the rural hockey talents to showcase their sporting skills.

Players and coaches, trained by Hockey Australia, of all the 10 hockey coaching centers from nearby panchayats like Tunmura, Kutnia, Jharbeda, Pochra, etc of Kutra and Rajgangpur Blocks of the district had participated in the tournament.

Expressing his happiness with the skill development of the participants since last three years, Mr Liggins, the hockey coach from Hockey Australia, said the children had a bright future in the game, if they kept practicing under the guidance of their coaches.

On February 7, 2018, a total of 110 hockey players form 10 teams of nearby village of Kutra and Rajgangpur Blocks will participate in the inter-village hockey tournament as part of this two-day mega hockey programme. 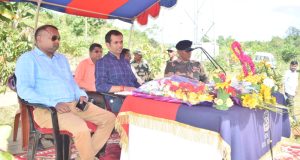 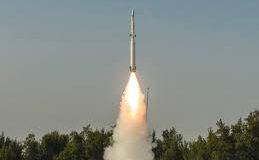