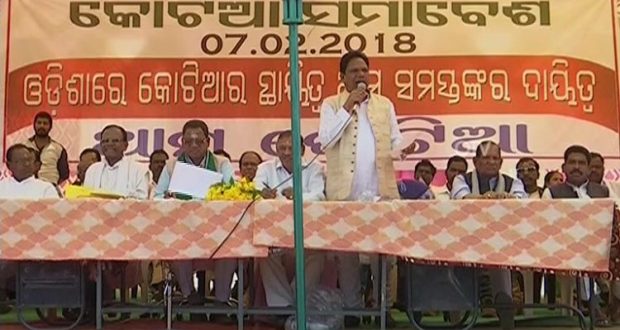 in District Diary February 7, 2018 Comments Off on Four-member team of officials from the Odisha government will visit Kotia panchayat 1,001 Views

Koraput/Gajapati7/2/18;: A four-member team of officials from the Odisha government will visit Kotia panchayat under Pottangi block in Koraput district on February 9 to take stock of the ongoing alleged illegal activities being carried out by the Andhra Pradesh government in the area.

The visit gains importance after the working committee member of Telugu Desham Party (TDP) Rajesh Putra, today stirred a hornet’s nest by saying that Odisha and Andhra have equal shares when it comes to possession of Kotia panchayat during an all party meet.

The team, accompanied by the district collector and other local officers, will visit several villages in the panchayat and submit its report to the government, informed Revenue and Disaster Management Ministry sources.

Earlier today, in an attempt to settle the dispute between Odisha and Andhra Pradesh government over possession of Kotia panchayat, an all party meeting was organised to look into the matter and take stock of the situation.

Reportedly, people from as many as 25 villages gathered to share their problems and demanded immediate intervention of Odisha government to resolve the issues. This apart, people demanded that the government should form a special team to look into the contentious matters.