Top Headlines
Home » National » Tattoos on your body may find it difficult to get a job in the Indian Air Force. 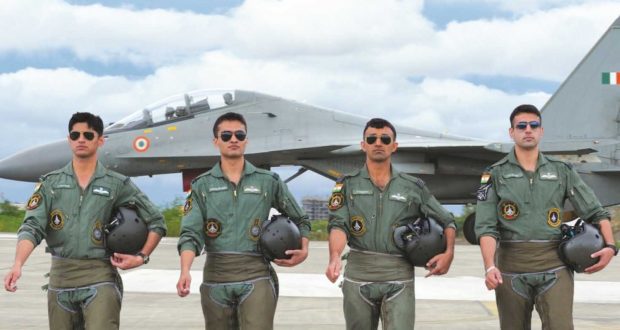 Tattoos on your body may find it difficult to get a job in the Indian Air Force.

in National January 28, 2018 Comments Off on Tattoos on your body may find it difficult to get a job in the Indian Air Force. 1,584 Views

New Delhi:28/1/18; If you have made tattoos on your body then you may find it difficult to get a job in the Indian Air Force. The Delhi High Court has upheld the Air Force’s decision in which the appointment of a person appointed to the post of Airman was canceled because he had made a tattoo on his arm which can never be erased or removed. Air Force permits certain special tattoos. It also gives relaxation to tattoos made according to tribal customs and traditions.

However, the bench of Justice Hima Kohli and Justice Rekha Patil said that the tattoo made on the body of the candidate does not come under the ambit of the relaxation offered by the IAF and he did not submit the picture of his Tattoo during the submitting his application while the Air Force Instructions issued in this regard. The Air Force’s counsel clarified that permanent tattoos on the body in the lower part of the arm, the back of the arm or the lower part of the palm are allowed. Apart from this, tattooed tribal candidates are permitted only for tattoos that have been made according to their customs and traditions.

He said that the selection committee has the right to decide on acceptance or rejection of the candidate. The petitioner challenged the Air Force’s decision to cancel his appointment to the Airman post, when an appointment letter issued to him, in a certificate submitted on his behalf, he had informed that on his body there is a tattoo and it is not that he has hide something from the officials.

2018-01-28
Editor in chief
Previous: Students from Srinivas School of Architecture took part in Ekamra Walks
Next: Rita Sahu will file her nomination paper on February 5 for Bijepur bypoll