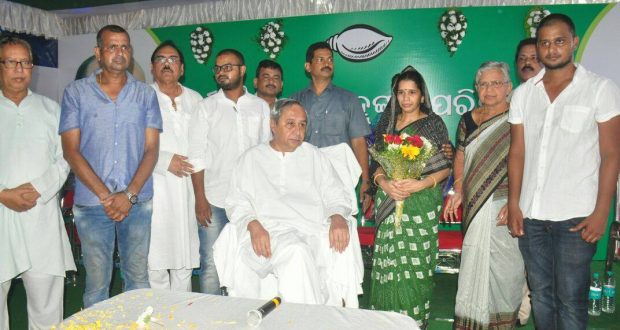 in District Diary January 28, 2018 Comments Off on Rita Sahu will file her nomination paper on February 5 for Bijepur bypoll 1,558 Views

The party declared this after BJD supremo and Chief Minister Naveen Patnaik chaired a high-level meeting at Naveen Niwas to prepare party’s strategies ahead of the bypoll.

Meanwhile, some Sarpanchs and Panchayat Samiti members along with 50 congress and BJP workers from Gaisilat Block of the district joined the BJD today.

Speaking to media persons, Naveen said “I am very happy that the Sarpanchs and Panchayat Samiti members along with 50 leaders from Congress party belonging to Bijepur Assembly Constituency have joined BJD. Their joining will strengthen our party. I welcome them”.

The Bijepur by-poll will be held on February 24. The by-poll was necessitated following the death of Congress MLA Subal Sahu on August 22, 2017.

2018-01-28
Editor in chief
Previous: Tattoos on your body may find it difficult to get a job in the Indian Air Force.
Next: Special CBI Court here rejected the bail petition of BJD MP Ramachandra Hansda