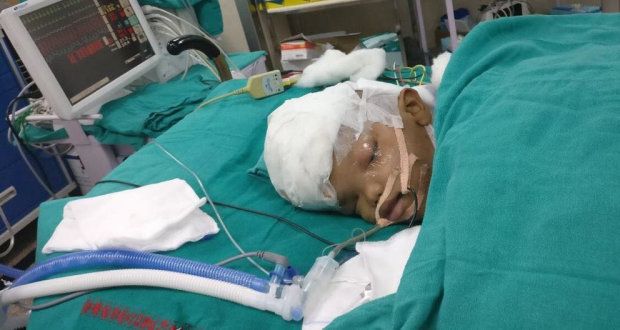 Bhubaneswar:25/1/18; One of the Odisha’s separated twins, Kalia has been put on ventilator today after his condition deteriorated following a skin graft surgery operated earlier this week at AIIMS.

The conjoined twins, Jaga and Kalia who were joined to their heads had undergone cranial separation surgery three months ago.

According to sources, Kalia is under constant observation of the surgeons and Jaga is recovering after he underwent skin grafting surgery on his head earlier.

Worth mentioning here that the twins were successfully separated following two phases of marathon surgery by doctors at AIIMS Hospital in New Delhi on October 25 and 26.

A team of doctors comprising of 30 specialists from the institute’s neurosurgery, neuro-anaesthesia and plastic surgery departments had undertaken the operation.

2018-01-25
Editor in chief
Previous: Normal life has been affected during State-wide Bandh
Next: 44 personnel of the Odisha Police will be awarded with medals in different categories